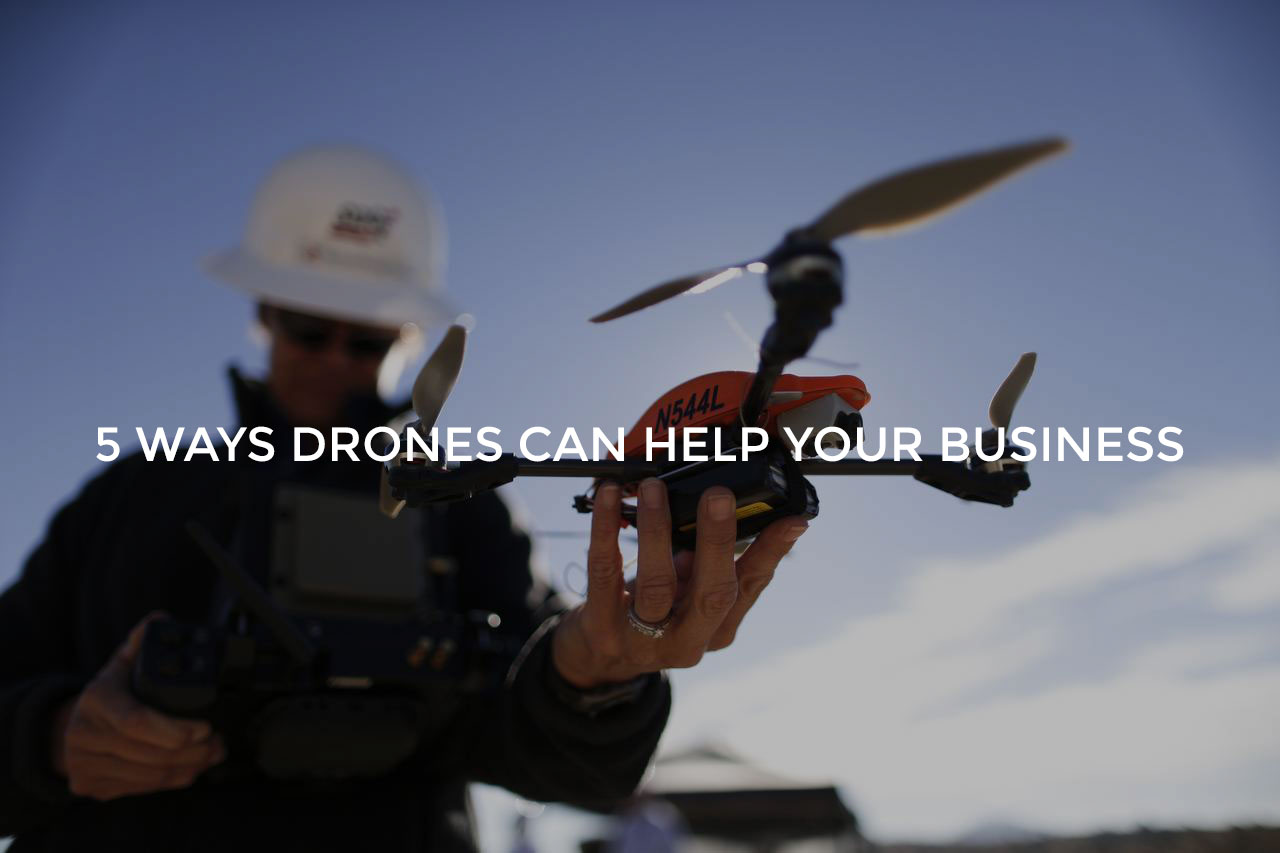 The drone hype is real, but what does it mean for you or your company? In this emerging market, and with any new technology, there is bound to be excitement. Yet it is also good to ask questions about them. I think its safe to say with the drone market’s exponential growth drones aren’t going away, but why should your business adopt them?

1. Cut Costs
First and foremost, a company has to think about the bottom line. It’s the nature of a commercial enterprise. Unmanned Aerial Systems (UAS) have the potential to save companies a lot of money, and indeed are already doing just that. Drones have started to supplement or even replace satellite imagery, helicopter film crews, or on-site inspection crews for some firms. The main thing is that these cost cuts come almost immediately and only require a drone, a pilot, and permits. And sure, you ask, these things on their own aren’t expensive, but what about cost overtime?

2. Efficiency & Time
Well time is actually also something that drones can help you with. A Goldman Sachs report cited an account where a 12-acre property which took about 100 hours to inspect traditionally, was cut down to only 2 hours using a drone. That’s not just an increase in efficiency, but a decrease in costs overtime on hours spent on-site. That’s more time focusing on using the data you gather, rather than gathering it.

3. Safety
Drones also make it easier to stay safer on site. It’s now easier for inspectors to quickly figure out the problem, without having to risk life and limb to climb up, down, or through on their own. In business, like in life, the safety of people should be your priority. And drone technology has the potential to make the workplace safer for those working in precarious and hazardous situations.

4. Data
Now after you’ve filmed, photographed, or inspected that’s when you start analyzing. Precision data is the lifeblood of companies, and with drones it’s easier than ever to acquire. Drone footage paired with data analytics software or computer vision can give detailed information of a farm field, construction site, or ecological preserve. Businesses can only do as much as they understand, and with improvements in efficiency and costs can focus more on understanding and acting on information.

5. Perspective
At the end of the day though, it’s not just about changing how you do business. It’s about how you think about your business. Unmanned Aerial Systems on their own do not run a company, people do. And sometimes all it takes to solve a problem or find understanding is to look at something familiar, with unfamiliar eyes. And with a new age in UAS technology emerging, it may just be a bird’s eye view that gives you vision.

Of course, there are many more potential applications, questions, and benefits about commercial drones. We’ll be posting in the next 5 weeks to talk more in-depth upon each of the 5 topics we’ve talked about here, and about any drone news or developments that arise. Until then, keep your eyes on the skies!